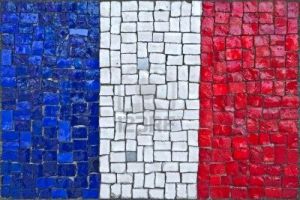 I have decided to teach a French exploratory class at the Middle School this year. Many people are surprised at this because I don’t speak French. Really, you ought to blame Ben Slavic. I remember a conversation we had one May afternoon when he told me that he was teaching a Spanish exploratory.

“Dude, you should teach a French exploratory,” he said. I remember thinking at the time that he was nuts because the only French I knew was oui.

“You need to think 4th dimensionally on this. Look, I don’t speak Spanish and I’m teaching an exploratory. You just have to learn the words you need and make sure that your pronunciation is good. It’s not that bad, man. You should totally do it.”

That conversation has been on the back burner of my conscience for the last 3 years. I started to think about it. I continued to ponder about how we learn languages and if we truly acquire from understanding messages, then one could actually teach a language without being fluent because you would acquire it with the class a little at a time. In fact, the class will probably acquire faster because you are going so slow. There are a few things you need to be solid on, though.

I went into this year with this little guide and believe it or not, I am actually acquiring French. It’s not as hard as I thought it would be and you know what, the students are acquiring it, too. The hardest part is getting over the fear of learning a new language. It’s kind of like jumping off of a diving board for the first time. This is so monumental because as I see it, there is no limit how many languages we learn.

I remember a conversation that an expert language interpreter, Lomb Kato, had with Stephen Krashen. She said to him, “Stephen, you’re so young. You’re only 53. So many years left, so many languages to acquire.” I am starting to understand what she means.